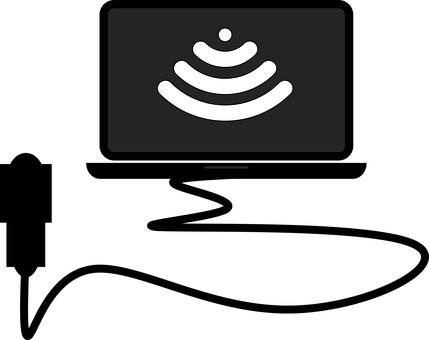 A new meme, "ultrasound money" has been in circulation under Ether circles for quite some time now. It is also gaining popularity as the cryptocurrency continues to record rising prices in the bull market.
But as the majority consider it a joke, just like a myriad of memes, numerous factors contribute to Ethereum's uptrend in the bull market. Meanwhile, that didn't go without bitcoin criticizing the new found status.
Let's have an insight as to what the "ultrasound Money" meme implies.

What Does "Ultrasound Money" Meme Imply

Have you recently got into Ether cryptocurrency inner circles? If yes or no, there is a new trending word, "ultrasound money," that is used to explain Ethereum (ETH) network, possibly after it turns into a proof-of-stake (PoS).
However, memes are today used to simplify a subject and never describe the trend behind it. The recent meme serves as a mockery to bitcoiners who refer to bitcoin as the "sound" money asset. That means the meme is not liable to the sudden dip in bitcoin prices.
A researcher from the ETH foundation named Justin Drake created the meme after surfacing it on his tweet on September 10 last year. His tweet made a comparison on the issuance of BTC and that of newly introduced ETH issuance. It also factored in the change to PoS consensus that activated on the ETH blockchain. Since then, the meme has been gaining momentum across different social media platforms.


if capped-supply BTC is sound money 📢


There is no explanation as to how the issuance of ETH is likely to be deflationary with time. So, what are the elements behind the meme?

ALSO READ | Investing and Trading; Is this the Perfect Time To Invest In Bitcoin

The creation of ultrasound money is based on EIP-1559. It proposes Ether changes how to pay fees to its miners and its effect on ETH issuance, which is expected to occur over time. That will engage payment fee standardizing with the help of a base fee that will involve burning network demand-basis calculations completely.
It, therefore, means, if a network is on large-scale usage, there will be more ETH burnt in the future. Meanwhile, a miner tip is to be added to the new element. It will allow users to compete for block space and also prioritize their transactions.
EIP-1559 proposal is already facing signals against it from the miners. Considering that miners will lose on their rewards, there were several attempts to protest against the proposal, but it failed to support majority support.
According to Drake, he believes that "the upgrade is an essential measure required to prepare the network for a new ETH 2.0 PoS upgrade, switching direct subsidy to miners policy, and later increase value to all ETH holders in the network through scarcity increase."
EIP-1559 implies that the issuance of ETH will possibly decrease over time. It is based on more Ether burnt than issued under massive network usage, thus creating a deflationary movie.

There are expectations to improve the protocol inefficiency and security upon changing of consensus algorithms to PoS. However, the upgrade has its disadvantages of driving miners to other blockchains.
"Moving to Proof of Stake will only help protect the network," said Drake. In his thesis, he proposes that "Proof of Stake (PoS) is much better than Proof-of-Work (PoW) when network security is considered. PoS only requires the base asset to offer security, shedding external factors like miners who exert pressure on selling and the underlying mined asset. Remember, you have to pay for expenses and system upgrades over time."

The Proof-of-Work has continued criticizing the ultrasound money proposal. It bases the argument on two fundamental flaws associated with the meme: Centralization and Unpredictability. Its former has to deal with the inability of knowing the number of ETH to be issued on any given period, and the dependence has nothing to do with network utilization.
PoW also criticized the lack of predictability issuance terming it to have no ability to be sound money or even close to ultrasound money. It describes that the new measures used in adjusting token distribution are adaptable to other objectives different from what ETH intends to achieve today.
The ultrasound money meme and its outlined deflationary proposals tend to have more sense of validity. ETH prices are still rising, and the rallying that began last month is expected to reach ETH levels of $4,100. Experts have also added that the prices will keep growing to the extent of surpassing $4,000.

ALSO READ | Has Elon Musk Sold Out Some Of his Bitcoins?