The Most Common Bitcoin Scams 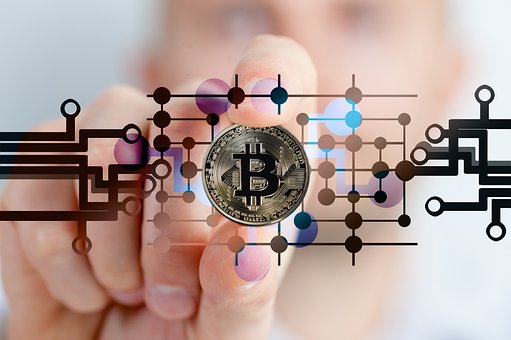 According to Bitcoin.com News, $1.36 billion worth was swindled from cryptocurrencies in the first two months of 2018.

Bitcoin launched in 2009, and ever since, it has attracted many investors. However, the increase in popularity of the bitcoin investment has led to a rise in bitcoin scams.

The nature of these scams has evolved with the changes in cryptocurrency investment and infrastructure. Hackers have drawn attention to developing strategies that target cryptocurrency wallets. There have been prospects that bitcoin-related frauds and scams are likely to increase due to the continued focus of investors on bitcoin.

It makes anyone chasing to invest with bitcoin, especially the newbies, vulnerable to getting scammed. However, being aware of the scams can save many from fraudsters. Here are some of the possible bitcoin scams you need to familiarize yourself with to protect your finances.

The desire for many to acquire bitcoins that is caused by its popularity for making quick riches has awakened the greed of many heinous people. They have taken advantage of this and have come up with fake bitcoin exchanges. The exchanges are associated with highly profitable market prices that lure investors into thinking they are getting lucky to easily and quickly access such cheap bitcoin. The scammers also harass investors to invest more finances or defraud them of their funds.

Scammers often lure investors with unwelcome emails or phone calls or assuring extraordinary returns on investments. To avoid such scams, ensure you use bitcoin reputable exchanges when transacting bitcoin.

Ponzi schemes are situations wherein future deposit principals are used to paying previous investors. Such appear in ways like more than one person offering you a guarantee of getting returns in exchange for making deposits.
They are often a deal too good to fall for since they involve little or no risks. Most of the investments are unregistered with legal authorities that regulate investments. To avoid such scams, you need to watch out for effortless deals and unlicensed institutions.

Although cryptocurrencies got banned in some parts of the world in 2018, investors are still going that way because of their enormous appetite. They have displayed their willingness to channel money to any upcoming cryptocurrency and likely invest in fraudulent tokens .

This fact entices scammers to constantly come up with a new cryptocurrency as an alternative for bitcoin. They bring in the idea that there is no chance left for you to invest with bitcoins and that you need to consider the fake cryptocurrency. You can avoid such scams, by scrutinizing new cryptocurrencies every time you come across them.

Bitcoin investments may be new technology, but some scammers are using old tricks to fraud naive customers. They utilize ways like unwelcome phone calls or emails claiming to come from legitimate authorities and try to convince you of debts and threaten to take legal actions.

These scammers then order you to transfer a particular amount of bitcoins to cover up for the debts, and just like that, they steal your bitcoin.

The best way to avoid such old-school scams is to use your common sense and beware of emails and phone calls from people claiming to belong to authorities. Legitimate authorities do not use shortcuts and don't request bitcoins.

Scammers have been using malware to steal from bank accounts and credit cards. They have now transferred to cryptocurrency, where they design crypto-related malware to access your bitcoin wallet that is connected to the internet. If your accounts are malware unprotected, they drain them.

Malware can present in the form of links in your email that you click and allow access to your system or post on social media and websites that sometimes claim to be programs that help you mine free bitcoins once you download them to let in malware.

The best way to avoid such scams is never to download and install programs unless you are sure the source is legitimate and reputable. Also, regularly update your antivirus software to protect your devices against malware.

Bitcoin scams are more common today. You can protect yourself by being very careful, using commonsense, and most of all do not let your guard down.